In recent years, the interest in 3D indoor models is increasing. Often made available as BIM models (IFC), they are generally complex and detailed, raising thereby privacy concerns. IndoorGML is a standard for describing 3D indoor space to support Location Based Services (LBS). It contains a relatively simple geometry (space-based) and semantic and provides mechanism for aggregation, allowing to protect sensitive property information. IndoorGML relies on solid scientific concepts and offers a high flexibility with extension mechanisms. It provides a geometric, topological, and semantic description of the indoor, which facilitates specifically applications like indoor navigation or facility management. Accepted as an Open Geospatial Consortium (OGC) standard since January 2015, it is actively developed and extended by several universities. A new version, IndoorGML 2.0 is currently under development to enhance and comply with user requirements. However, despite its solid conceptual basis, IndoorGML is suffering from a lack of practical tools and remains largely an academic development. The goal of this project is to bring together all the actors of the IndoorGML ecosystem around the development of a basic and strong software tool for supporting IndoorGML production. The intended tool will focus on producing IndoorGML models from common 3D building standards such as IFC. This will heavily leverage currently existing developments. We expect more 3D IndoorGML models to be created and made freely available for research and development within the ISPRS community but also as examples to industry developers and end users.

The tool is currently available for download on GitHub. More detailed information about the Scientific Initiative and the tool is provided in the following paper.

If the tool is used in any publication, please cite the previous paper. 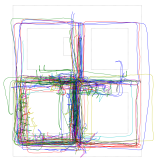 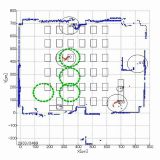