To that purpose, the WG plans to organise regular videoconference discussions between its members on different themes. Outputs of these discussions will be promoted via the publication of white papers and articles in books and communications in conferences.

December 2016 to May 2018: production of a resource repository

The Working Group will work on setting up a repository for sharing data and knowledge within the community. Two repositories are considered: one providing standard datasets that can be used for benchmarking. It shall include data in standard formats for 3D urban modelling (underground data, CityGML, trajectories…) and also other datasets for applications related to multi-scale, multi-temporal 3D data, voxel datasets and higher dimension datasets. The other will be a database giving access to relevant PhD/MSc theses on multidimensional dimension modelling in order to promote both latest advancements and the integration of young researchers in the community. The Working Group will also encourage the dissemination of new algorithms and data structures in open access via platforms such as GitHub.

From November 2016 to December 2018, the working group will aim at reviewing existing knowledge on modelling in different dimensions. The review will be done within smaller groups of members according to the working group topics. Discussions will be held through online videoconferences within the groups and with working group officers. The objective is to produce a white paper presenting the main existing issues and suggesting some directions for further research. Publication of a book in ISPRS book series or a special issue in ISPRS IJGI, gathering the different works is expected in the following year.

The working group will keep contributing to the organisation of the GeoAdvances and 3D Geoinfo conferences every year. It is organising GeoAdvances 2017 in Turkey.

In order to promote advances on 3D modelling, a summer school is planned in 2018 in Wrocław, Poland.

During the term, the WG will collaborate with:

The WG will participate in the organisation of the TCIV mid-term symposium in 2018.

With other Technical Commissions

The WG will collaborate with

The summer school will be organized together with WG V/5.

The Working Group will contribute with special sessions to the 2017 and 2019 ISPRS Geospatial weeks.

With organisations outside of ISPRS

The working group expects to collaborate with the ICA commission on generalisation and multiple representations in common workshops.

The working group will be in contact with relevant OGC working groups, supporting and promoting the use of new standards on indoor and outdoor data modelling.

The Working Group will also collaborate with FIG on applications such as 3D cadastres and mapping underground facilities and 3D valuation. 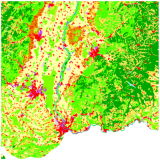 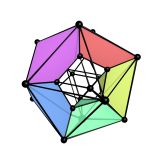